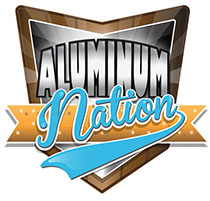 The Aluminum-Man Triathlon™ is a combination of three athletic events – golf, bowling and pool. Beyond the questionable physical demands of these three sports, athletes need to employ strategic thinking and drinking, as beers consumed during each event can enhance their scores in the short run, but impair performance over the long run. All of this occurs over a day-long competition that tests the stamina and sanity of the Aluminum-Man athletes.

Back in 1988 Jim Poston & Steve Williams invented the Aluminum-Man Triathlon while attending graduate school at Arizona State University. After graduation they have continued staging Aluminum-Man Triathlons in Arizona, California, Illinois & Nevada. To date, no one has been arrested during a competition.

Jim Poston is an award-winning humorist and editor. There has been talk that Poston might be nominated for the Kennedy Center’s Mark Twain Prize, but apparently its just talk and most of it has been coming from Poston himself. Poston spends time in Idaho when he’s not elsewhere. Poston’s golf handicap is double-bogey.

Steve Williams is an award-winning home-brewer and cigar aficionado (though the awards were for spelling in junior high). Williams doesn’t really work much anymore since he married into a good bit of money. Prior to his nuptials, Williams worked as a landscape architect specializing in hops. He is currently trying to develop drought-resistant hops for the California market. Williams’ golf handicap falls into the single digits when he has time to work at it. 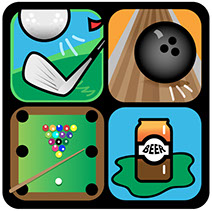 Jim and Steve will not share your email addresses with anyone.

This web site does not share personal information with third parties nor do we store any information about your visit to this site other than to analyze and optimize your content and reading experience through the use of cookies.

You can turn off the use of cookies at anytime by changing your specific browser settings.

We are not responsible for republished content from this website on other websites or blogs without our permission.

This privacy policy is subject to change without notice and was last updated on March, 8, 2017. If you have any questions feel free to contact me directly here: James.Q.Poston@gmail.com.

We are a participant in the Amazon Services LLC Associates Program, an affiliate advertising program designed to provide a means for us to earn fees by linking to Amazon.com and affiliated sites.